Dr. Chew completed his postgraduate degree in 1994.He received several scholarships to conduct biomechanics research at the Mayo Clinic Biomechanics Laboratory where he studied patella femoral tracking on various knee designs. He presented his work as a finalist for the Insall Award at the American Knee Society.

He was subsequently awarded a clinical fellowship at the Adult Reconstructive Division,Dept of Orthopaedic Surgery, Mayo Clinic, Rochester Minnesota from 1998 to 1999 where he did his subspecialty training.

He has won numerous awards for his research work in the past, including the Russell Hibbs Award from the Scoliosis Research Society.

Together with Johnson and Johnson Medical, Dr. Chew helped co-design the PFC Sigma RPF High Flex Knee prosthesis. This knee prosthesis was designed especially for the Asian population, to allow for better range of knee flexion. This new knee design is the only MOBILE BEARING HIGH FLEXED knee prosthesis that is currently approved for use by the FDA. This knee implant design allows both increased flexion angles as well as imparting higher stability at high flexion angles eg. during squatting postures.

In 2004, he was awarded the prestigious Insall Travelling Fellowship Award from the American Knee Society for the year 2005, spending more than a month traveling to a large number of prestigious medical institutions throughout USA and Canada to both teach and learn with the top surgeons in the field.

Despite his busy schedule, Dr. Chew makes time for world community efforts. In January 2005, he spent 3 weeks in Sri Lanka helping the Tsunami devastated country. He received a Minister of Health award for his efforts.

Dr. Chew is also a member of the following international societies:

He resides in Singapore with his wife, who is a neonatologist, as well as their 3 sons. 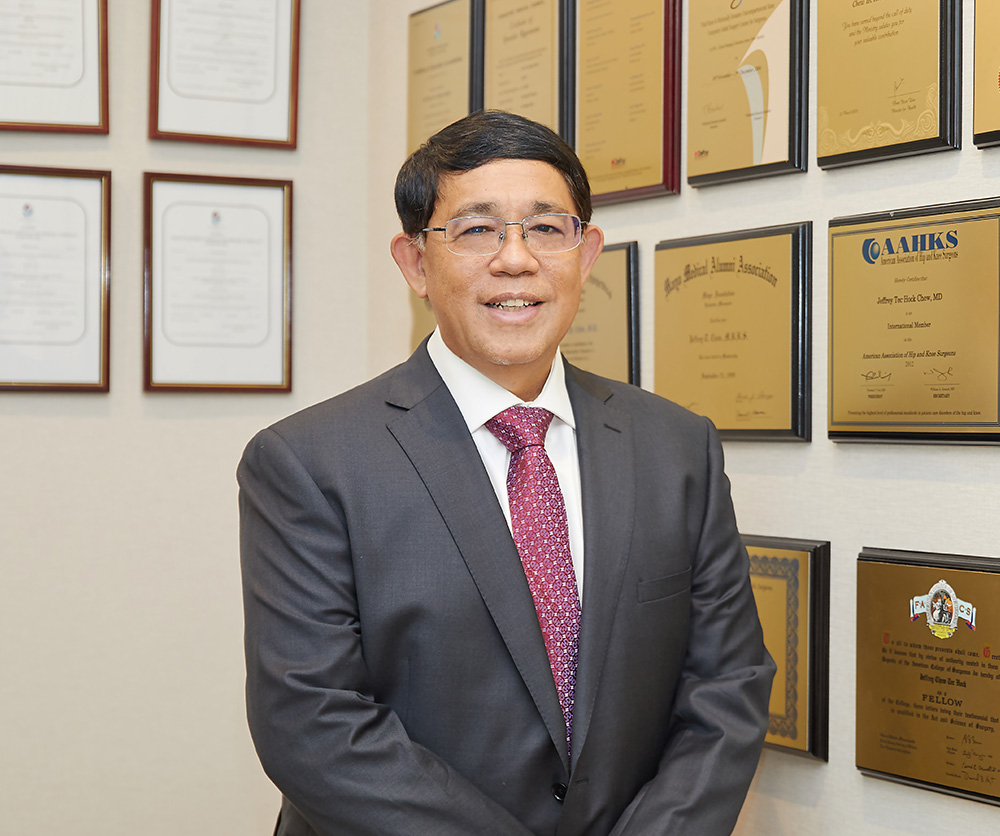 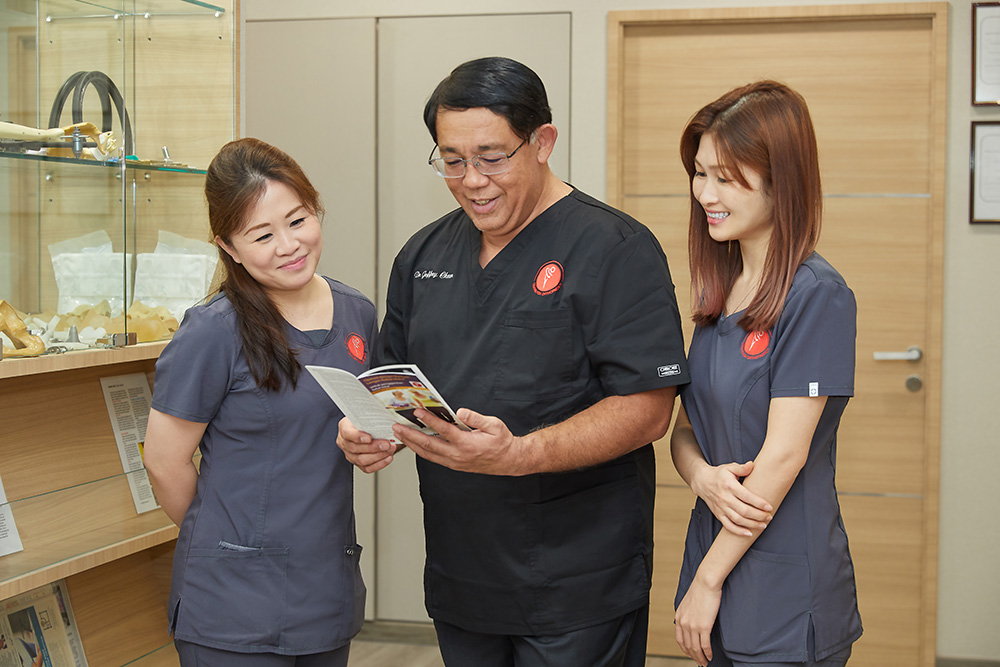 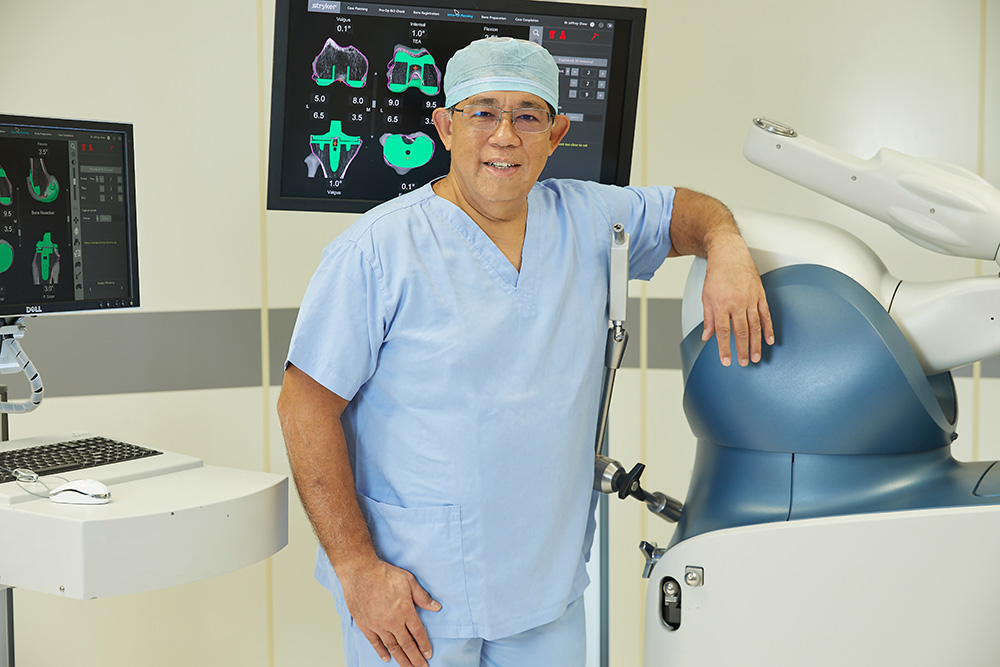 DO YOU WANT TO KNOW MORE ABOUT

Orthopaedic care by a specialized team of professional doctors, nurses and administrators.